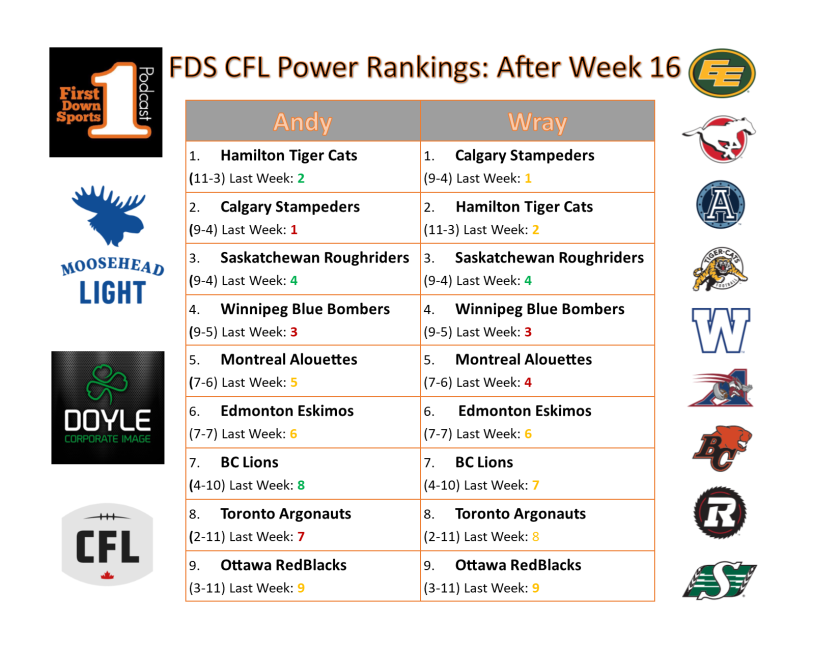 Hamilton should or could be #1, but Calgary was on a bye and I hate moving teams on a bye. Saskatchewan moves up to #3 and Montreal and Winnipeg both fall with their losses on the weekend. Happy for the Lions, but I cant move them up more than where they already were, as they beat Montreal with no Adams Jr.

I don’t like moving a team down on their bye week either, but this called for it. Dane Evans is no longer a backup QB. And clearly Cody Fajardo isn’t either! Otherwise the only movement this week is BC hoping up to 7, basically due to the amazing fact that they are somehow not mathematically eliminated from the playoffs at this point.