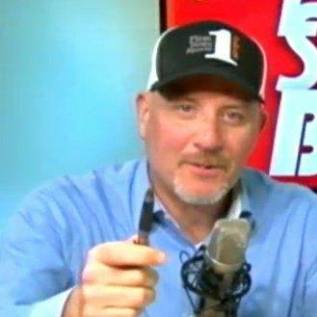 Wray Dunn is the host of First Down Sports, started this venture in 2016 and came up with the vision while taking care of his wife Gini, as she was as she was going through breast cancer treatments and recovery during the year. 2016 had its challenges but a major rule came into force and that was “Don’t ever wish you had tried something”!! Wray is a Canadian Football Official in New Brunswick as well as Official at the USport (CIS/AUS) level and has had the opportunity to work New Brunswick High School Finals, Minor Championships, as well as CIS/AUS Playoffs, a AUS Conference Loney Bowl, and in November of 2016 a trip to Calgary, Alberta for the Mitchell Bowl. An avid golfer, and former BACK TO BACK Mountain Woods Golf Course div 2 Champion, loves to play with his wife, friends, and once in awhile his Brothers!!

A big supporter of the Buffalo Bills and Sabres, the Bills play a big role in his life as most vacations or trips are centered around the Bills schedule. Since starting to cover the CFL, has become a big fan of the league and many of its players especially Trevor Harris, who has been on the podcast a couple times now. A fan of many of its teams while waiting for the Atlantic Schooners to play its first game in the hopeful very near future!!

During the day you can find him working with his clients providing mortgage advice and in the evening his focus is on his Podcast when not spending time with his wife Gini, Daughter Nikki, Son Kaden, or his Greyhounds Phil and Phoebe.

Peter Jennex is an inspiration every day to keep reaching for the sky!! I love you Buddy and miss you everyday!!