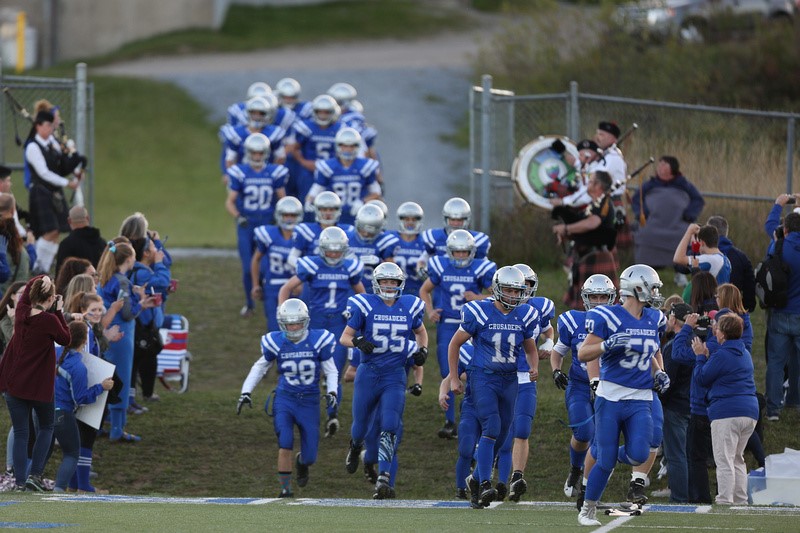 It’s semi-finals weekend in the New Brunswick high school football 10 man division, and we should have 2 very good match-ups in store. Only 4 teams remain in the quest for the championship. St Stephen has been unstoppable all season long and look to complete a perfect season.  The addition of a few teams that played in the 12 man division last season made this year very interesting. The calibre of play was very high and we really saw some great games all season long. The upsets were frequent and very fun for the fans and players. I am very intrigued to see what happens this weekend and who we see in the finals. Let’s see what the analysts think.

This Friday night game should easily be the game of the week as we have 2 very evenly matched teams square off in Moncton. Bernice McNaughton had a very disappointing loss in the regular season to Harrison Trimble but since then, they haven’t looked back as they went unbeaten, including a 15-15 tie against the Crusaders. The Highlanders bring a balanced attack and a strong running game but are still a young unit. This team is one to watch and could very well find themselves in the championship game next weekend.

The Crusaders come into this game with the same 5-1-1 record as the Highlanders. The Crusaders play a similar balanced style but the stats may suggest a small edge in the running game. Their defence was among the top 3 in the league, as they only allowed 55 points. All that’s left to say is that this game is going to be a great one on Friday night!

The Harrison Trimble Trojans are no strangers to playoff runs. The Trojans had sent shock waves through New Brunswick in 2009 as it went from a 2-4 regular season record to losing in the provincial final game to Moncton High. Mark Teed’s troops have enjoyed an up and down season with some impressive wins and disappointing losses. This is a team and coaching staff that understands what’s at stake in this one. They have nothing to lose.

One word can be used to describe the St. Stephen Spartans this season and that is perfect. The Spartans finished the regular season with a 7-0 record and scored 329 points while only allowing 36. The Spartans come into this game as a heavy favourite especially playing on their Home field. It will be interesting to see if Harrison Trimble can shut down the Spartans famous “inverted wing” offence. Let’s see what the analysts think will happen in this one!