Week 2 was a good one in the NB high school football league, with some very interesting results all around. Teams are starting to get a feel for one another and we are beginning to see who the top teams are in the province. The most surprising result of the weekend was the Tantramar Titans’ 58-1 pounding of the Riverview Royals. I suspected personally that Tantramar would win this game, but I would be lying if I said I expected it to by 40+! This was quite a curve ball for me when putting  these power rankings together, as these were easily my top 2 teams. Moncton High and L’Odyssee played in an absolute defensive showdown. I was expecting a Offensive shootout! So once again, another curve ball!  The Sainte-Anne Castors celebrated their first win in program history in only their 2nd game, putting up 50 points on the Miramichi Valley Pulamoo.

It will be interesting to see how this weekend’s games play out. The 10-man division had much easier games to predict than in the 12-man division, so stay tuned for my prediction article coming out later on this week as usual! 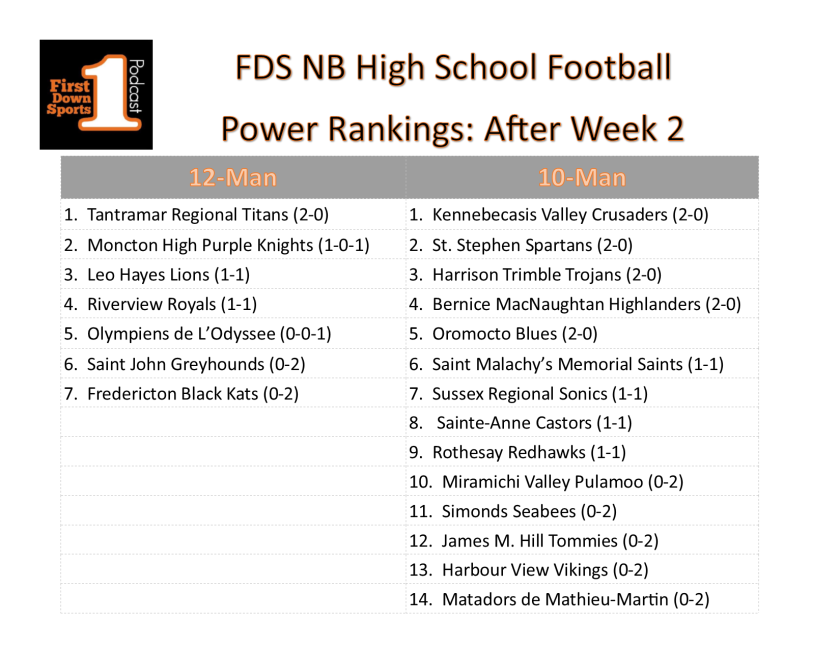