It’s time for our first edition of this year`s power rankings, which were tough to determine for the division 1 side of things as we have yet to see them play. The 9-man division still has 2 games to be played from week 1 that were pushed back by Hurricane Dorian. Keep in mind that the rankings for both these division will be determined using last year’s results, along with rumours from training camps and what people have said to me.

Division 2 had some really good games to kick off the season, along with some very intriguing results. The St. Stephen Spartans were expected to have a strong start to the season but opened up with a 58-0 loss to the Ecole Sainte-Anne Castors of Fredericton. Another surprise was L’Odyssee’s 34-0 victory over St. Malachy’s. Many people around the province had the Saints favoured in this match-up, but most people forgot about how many key players the Olympiens had returning for this season. We will know a lot more about all the teams as the season persists  Let’s have a look at this weeks power rankings. 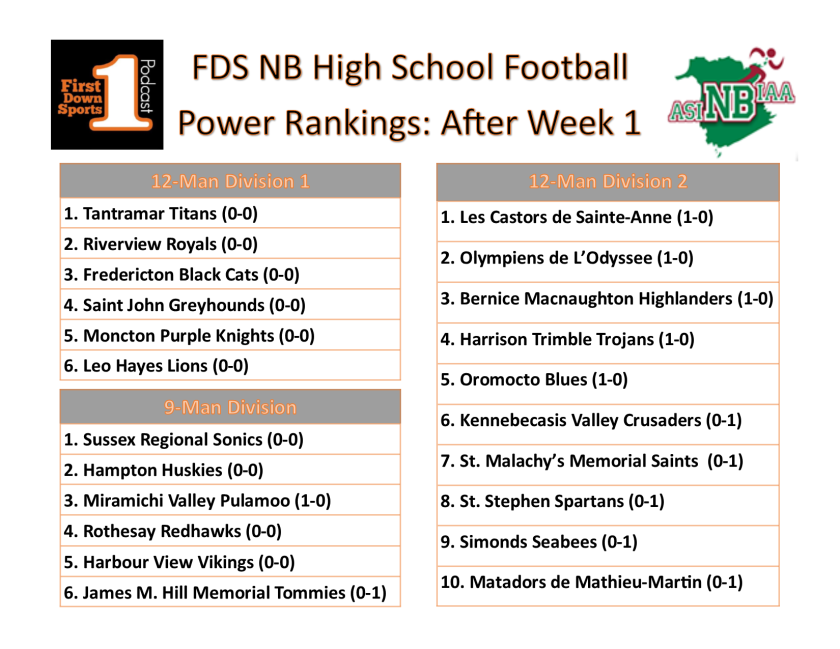