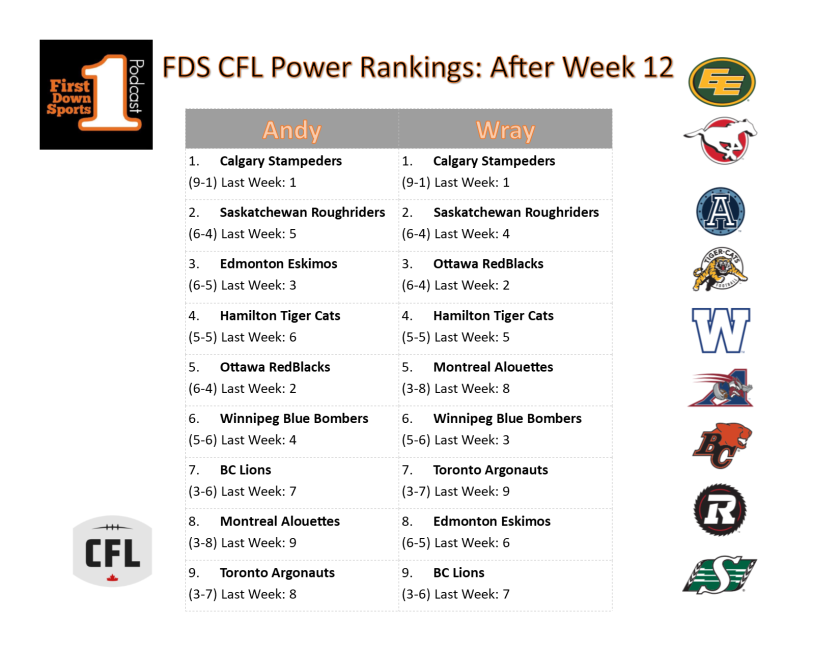 Calgary and Edmonton stay where they were after a hard fought battle on Labour Day. The Riders have finally win me over and make a huge move up to the #2 spot. They are a complete team playing great in all 3 phases of the game. Ottawa deserved a big drop after a loss to Montreal, so they wind up at #5 below a Hamilton team that I have never given up on. The Bombers need to figure things out, and until they do they become the new door to the basement. Montreal and Toronto switch spots at the bottom because despite being an awful team, the Als are starting to show me something.

Calgary stays on top, and a huge move up for the Roughriders as this team is really coming around since releasing Carter. Masoli is proving to me he can actually win tight games which has moved Hamilton up as well. Ottawa… I need something from you this week to keep you at the top. Edmonton… I am going to get some nasty comments this week but your team is NOT good… Mike Reilly is supposed to be the top player in the CFL and I just don’t see it! I wouldn’t call him the TOP QB in USPORTS right now!! (Note from editor: Oh Jeeze…)  If they can knock off Calgary at home then perhaps this will reverse the fall on my rankings.