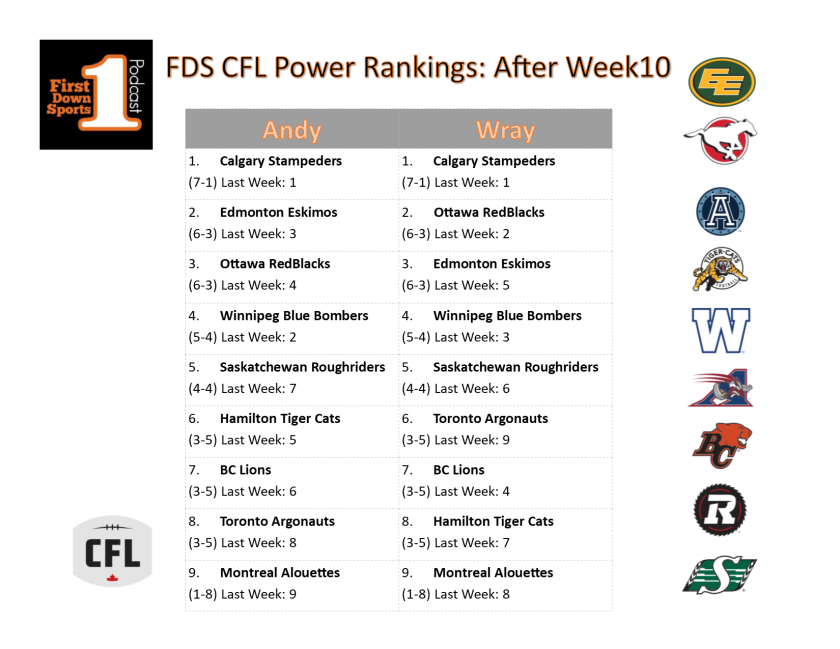 Both Edmonton and Ottawa jump up a spot after wins, moving Winnipeg down to the 4th spot. The Riders move to 5th after being the team to beat Calgary. I was very impressed with their effort, first game after the departure of Duron Carter. It may not be a popular move, but I left the 3-5 teams in the order of how good I think they really are. Hamilton didn’t play so they remain where they were, and Toronto stays below BC despite their win over them. If the order bothers you please consider positions 6 though 8 as one big tie.

Calgary gets the top spot still as a loss had to be coming, and I did predict the Roughriders as the team to knock them off. Ottawa had a very impressive win over Winnipeg on their home turf, and even though I still think the Blue Bombers are a good team, I moved them down to 4th after seeing Edmonton win… Although, they only beat Montreal without Manziel… I will leave it for now but you’re on watch Eskimos. Toronto makes a big jump in my rankings with another impressive win and Hamilton and Montreal are staying in the basement this week. Great job Roughriders!!!